Fantastic news for all at Redcar Speedway is that the Bears will once again be backed by S.G.Petch (Middlesbrough) in conjunction with Hyundai for the 2017 season.

Promoter Kevin Keay has revealed that negotiations have been going on for several weeks but thanks to stirling work by the clubs commercial manager Ian Drinkel and input from James Boothby (website co-ordinator) the deal was finally sealed today.

“We are delighted to have the backing of such a major company as S.G.Petch and we would like to thank Ian Noble and Shaun Burke for willing to come back on board on what promises to be an exciting season at the Media Prima Arena. Ian and Shaun liked the new positivity surrounding the Bears and to have their support shows that things are definitely moving in the right direction both on and off the track. We look forward to a closer working relationship with the company which we hope will not only benefit S.G.Petch but the Bears fans as well” said a delighted Kevin this evening. 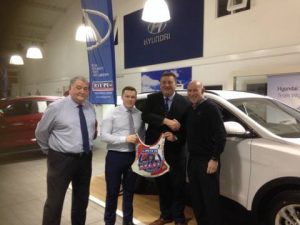